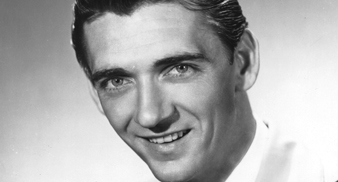 Country singer Carl Smith has passed away at his home in Tennessee at the age of 82.

Smith, the former husband of June Carter Cash, died on January 16 while at home in Nashville, reports BBC News.

As a musician, Smith had a plethora of hits from the ’50s, including ‘Let Old Mother Nature Have Her Way’ (1952) and ‘You Are The One’ (1957). His 1953 hit ‘Hey Joe’ is considered by some to be an inspiration for the track of the same name later made famous by Jimi Hendrix.

In the ’60s, Smith turned to acting, appearing in a number of westerns and hosting nearly 200 episodes of TV show ‘Carl Smith’s Country Music Hall’.

He married Carter Cash 1952, and the couple had one child together, Carlene Carter, before they divorced in 1956. The following year, Smith married country singer Goldie Hill, whom he remained with until her death in 2005.

Smith retired from music in the late ’70s, and was inducted into the Country Music Hall Of Fame in 2003.