They're living it up in the Hotel California 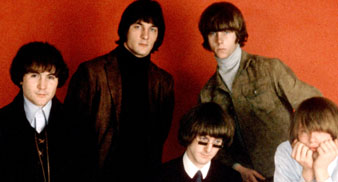 The premiere of a documentary about west coast rock is to air this coming Monday (January 8).

The highly anticipated documentary features interviews with everyone from David Crosby to David Geffen and a heap of original footage.

Hotel California is on at 9pm on BBC4.

Barney Hoskyns will also be talking about the making of the documentary with Danny Baker, this afternoon at 4pm on BBC Radio London.