Burt Bacharach and Razorlight For This Year’s Electric Proms 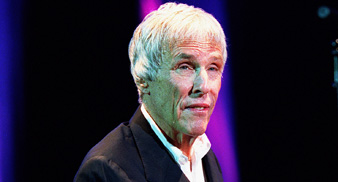 Burt Bacharach, Razorlight and Goldfrapp are the latest artists announced to headline BBC Electic Proms shows at this year’s event.

Legendary songwriter Burt Bacharach, famous for his partnership with Hal David in the 50s and 60s as well as writing hits for artists as diverse as The Beatles, Neil Diamond, Aretha Franklin and Tom Jones, will headline London’s Roundhouse venue on October 22; accompanied by BBC Concert Orchestra and singers Adele, Beth Rowley and Jamie Cullum.

Razorlight, whose anticipated third album ‘Slipaway Fires’ is due for release this November are set to headline a venue
at the Electric Proms twin city Liverpool, though date and place
are still to be confirmed.

Bee Gees man Robin Gibb is also set to collaborate with new popstar Sam Sparro and former Texas frontwoman Sharleen Spiteri to celebrate the 30th anniversary of Saturday Night Fever‘s soundtrack album being number one in the UK charts. All will perform with the BBC Concert Orchestra in London’s Roundhouse on October 25.

As previously reported, The Last Shadow Puppets and Tony Christie will be playing in Liverpool on 24 October and 22.

The five day festival runs from October 22-26, 2008, with highlights from the live shows set to be broadcast on BBC TV and radio.

More information is available from: bbc.co.uk/electricproms