Roxy Music frontman is on the road in March 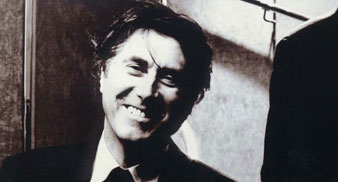 Bryan Ferry has announced an extensive UK tour to take place next March, including a prestigious date at London’s Albert Hall.

The tour will coincide with the release of Ferry’s first solo album since 2002’s Top 10-charting album “Frantic”.

Ferry has said that as well as his premiering his new solo material he will play tracks from the Roxy Music catalogue.

Last summer Ferry and Roxy Music were the star headliners at the Isle of Wight, playing to a packed 40,000 capacity festival.

Ferry also played the Live 8 concert in Berlin last summer, making him one of the few artists in the world to play at both Live 8 and the original Live Aid.

You can catch Ferry at the following venues around the UK:

For ticket availability – Click here to go to nme.com/gigs