I would have bought the issue of Melody Maker in which I first read about Bruce Springsteen on my way into the art school in Newport, where in March 1973 I was in my last term, only a few months away from moving to London and not long after that fetching up on MM as a junior reporter/feature writer, a turn of events that was wholly unexpected and still seems somewhat unreal. Anyway, that was all to come. That Thursday morning, as ever in those days, I picked up a copy of MM at the paper shop at the top of Stow Hill, then eagerly devoured it on the bus into town. 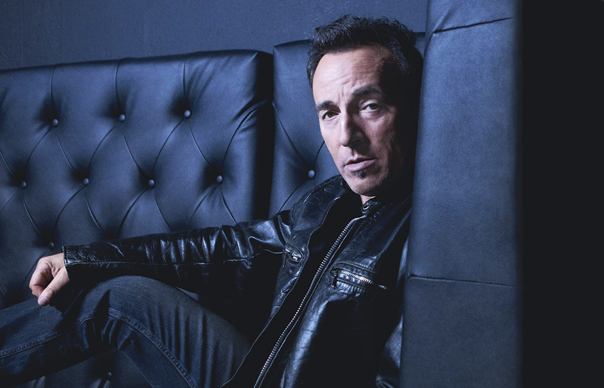 I would have bought the issue of Melody Maker in which I first read about Bruce Springsteen on my way into the art school in Newport, where in March 1973 I was in my last term, only a few months away from moving to London and not long after that fetching up on MM as a junior reporter/feature writer, a turn of events that was wholly unexpected and still seems somewhat unreal. Anyway, that was all to come. That Thursday morning, as ever in those days, I picked up a copy of MM at the paper shop at the top of Stow Hill, then eagerly devoured it on the bus into town.

By the time I got to the art school, I’d usually be going through the issue for a second time, re-reading everything including Jazz News and Folk Forum. These were musical territories that for a long time would remain pretty alien to me, but in those days I hung on every word that appeared in MM, which was where more often than not I found out about a lot of the music I still listen to, turned on to all kinds of great sounds by the writing especially of its deputy editor, Richard Williams. In my perhaps raw opinion, he seemed the equal of any of the heavyweight American critics then making names for themselves in the pages of Rolling Stone.

He was the first UK writer, I’m sure, to champion The Velvet Underground, wrote pieces I cherished on Tim Buckley and turned me on to Can and Roxy Music, who had sent him a tape of their early demos mainly because Bryan Ferry had rather correctly determined Richard was the one British music writer who would absolutely ‘get’ what he was aspiring to with Roxy without the need for an accompanying pamphlet explaining it all as if to a nitwit, which would have been Ferry’s likely opinion of most of Williams’ contemporaries.

Richard a few years earlier had also written a review of Laura Nyro’s New York Tendaberry that was so typically persuasive I was convinced before I’d even heard it was going to be an album I’d be listening to for the rest of my life, which duly turned out to be the case. He was someone whose opinions it was not difficult to trust and you took notice of everything he wrote for a clue to what you should be listening to next, which is why I was immediately drawn to a review he’d written in the March 31, 1973 issue of MM.

It was a few hundred words on the debut album by a young American songwriter I’d never heard of, whose music Richard excitingly compared to hearing Dylan’s Freewheelin’ for the first time, the Van Morrison of “Domino” and “Wild Night” also mentioned as a handy reference point. The young American songwriter’s name was Bruce Springsteen and the album was called Greetings From Asbury Park, N.J. It was the first major write-up of Springsteen in the UK music press and the kind of review that makes careers. I bought the album on my way home that night and played it a few days later to my friend Woody, who you will know better as Joe Strummer, who seemed lit up by what he heard in ways he rarely was by other records I tried to turn him on to, by, among others, the Velvets, Stooges, Roxy and Bowie.

Richard left MM before I turned up there, for what sounded like a pretty swanky gig as head of A&R at Island Records. I didn’t meet him until a couple of years when he started writing a regular weekly column. By then he’d left Island and was editing Time Out, the London listings magazine. He returned to Melody Maker full-time, as editor, in 1978. Unfortunately, his plans for MM’s rejuvenation as an equivalent to New York’s Village Voice with a redesign by Pearce Marchbank, a recent contributor to our cover story on The Who and the great days of The Marquee, were scuppered in disgraceful circumstances. He was charged with bringing out a scab issue of MM during a memorably bitter strike. He refused and walked, a departure marked by the chucking of several typewriters through the office windows by a seriously inebriated and furious member of staff, whose anonymity for several reasons is best preserved. Subsequently, Williams became a highly-ranked editor at The Times and the editor of The Independent On Sunday’s terrific Sunday Review before a much longer stint as Chief Sports Writer on The Guardian, a position from which he stood down earlier this year.

I mention all this, because when we were recently discussing how to both celebrate the 40th anniversary of Greetings From Asbury Park and also Springsteen’s forthcoming UK dates, we approached him to write something for us, which turned into this month’s cover story. When you’ve read that, you may want to check Richard’s music blog at thebluemoment.com, named after his 2009 book on the recording of Miles Davis’ Kind Of Blue. I’d also recommend his collection, Long Distance Call.

Elsewhere in the new issue, we interview Rodriguez, George Clinton, John Fogerty, Tame Impala, Robyn Hitchcock and Thee Oh Sees. We also bid farewell to the great country singer George Jones and Richie Havens and talk to Mavis Staples and Jeff Tweedy about the second album they’ve recorded together. In a typically busy reviews section, we turn our attention to new releases by These New Puritans, the new Justin Vernon project, The Shouting Matches, Black Sabbath, Guy Clark, Mark Kozelek and Jimmy Lavalle and Mark Mulcahy, plus reissues from Scott Walker, Bobby Whitlock and ZZ Top. Prince, meanwhile, leads off our live reviews, and Richard Hell’s autobiography I Dreamed I Was A Very Clean Tramp is our Book Of The Month.

Enjoy the issue, and as ever if you have anything to say about it, address your comments to me at allan_jones@ipcmedia.com. It’s always good to hear from you.