Bruce Springsteen has compiled a list of his 28 favourite books. 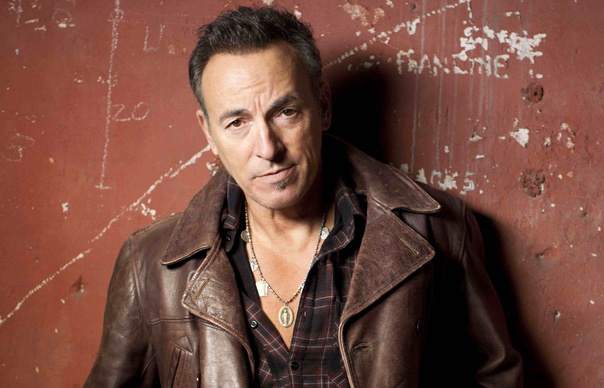 Bruce Springsteen has compiled a list of his 28 favourite books.

The American musician publishes his first ever children’s book this week in the form of Outlaw Pete, a picture book telling “the story of a man trying to outlive and outrun his sins”. It’s based on Springsteen’s song of the same name.

Now, speaking to the New York Times ahead of that literary release, Springsteen has discussed the books that have had the most profound effects on his life. He reveals that The Wizard of Oz was the first book he ever read and that he’d invite Philip Roth, Keith Richards, Leo Tolstoy and Bob Dylan to an imaginary dinner party.

You can read a list of Springsteen’s favourite books below, via Brainpickings:

Moby-Dick by Herman Melville
How To Live: Or A Life Of Montaigne in One Question and Twenty Attempts at an Answer by Sarah Bakewell
Lonely Hearts Of The Cosmos: The Scientific Quest For The Secret Of The Universe by Dennis Overbye
Love In The Time Of Cholera by Gabriel García Márquez
Anna Karenina by Leo Tolstoy
Leaves Of Grass by Walt Whitman
The History Of Western Philosophy by Bertrand Russell
Examined Lives by Jim Miller
American Pastoral by Philip Roth
I Married A Communist by Philip Roth
Blood Meridian by Cormac McCarthy
The Road by Cormac McCarthy
The Sportswriter by Richard Ford
The Lay Of The Land by Richard Ford
Independence Day by Richard Ford
A Good Man Is Hard To Find And Other Stories by Flannery O’Connor
Mystery Train: Images Of America In Rock ‘n’ Roll Music by Greil Marcus
Last Train To Memphis: The Rise of Elvis Presley by Peter Guralnick
Chronicles by Bob Dylan
Life by Keith Richards
Sonata For Jukebox by Geoffrey O’Brien
Soul Mining: A Musical Life by Daniel Lanois
Too Big To Fail by Andrew Ross Sorkin
Someplace Like America: Tales From The New Great Depression by Dale Maharidge
The Big Short by Michael Lewis
The Brothers Karamazov by Fyodor Dostoevsky
Great Short Works by Leo Tolstoy
The Adventures Of Augie March by Saul Bellow
The Wonderful Wizard Of Oz by L Frank Baum