New album will be played live in London in April 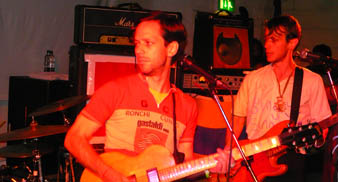 British Sea Power have recorded a new soundtrack album to accompany the 1943 film ‘Man of Aran’ which will be released next month.

BSP will perform the soundtrack live at the BFI Southbank on April 23, prior to the CD’s release on May 18. The album will come with a copy of the film on DVD.

See a part of British Sea Power’s new work below: