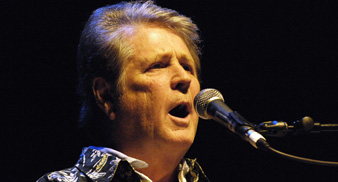 Brian Wilson played an intimate eight song acoustic set in London on Thursday (July 2), to mark the launch of a new collector’s book based on recent album That Lucky Old Sun.

Brian Wilson last night played a secret gig at a London private members club to mark the release of a new book of illustrations based around his recent album That Lucky Old Sun.