Uncut directs you to the best Youtube video everyday 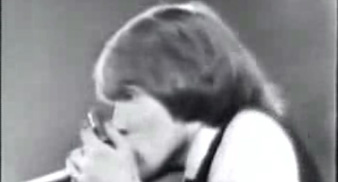 Everyday, we bring you the best thing we’ve seen on Youtube — a great piece of archive footage, a music promo or a clip from one of our favourite movies of TV shows.

Today: It has been announced that the ‘mysterious’ death of Rolling Stone Brian Jones is to be the subject of an inquest.

Jones’ body is to be exhumed for thorough post-mortem tests on the grounds that his cause of death was not properly verified at the time of his death.

A founding member of The Rolling Stones, Jones is said to have drowned in 1969, during a midnight swim at his mansion in Hartfield, East Sussex.

Many people, including his former girlfriend Anna Wohlin, claim that Jones was murdered.

Evidence will be presented to the Attorney-General in the coming months.

In the meantime, our YouTube video choice of the day is this seven-minute live Rolling Stones performance from the 1964 NME Pollwinners Awards, held at the Empire Pool, Wembley.

The group are in exhuberant form in this clip, playing three songs to a baying crowd.