Brett Anderson: ‘If the new Suede album isn’t amazing, we won’t release it’

Brett Anderson has said that if the new Suede album isn't "amazing", then it will never see the light of day. 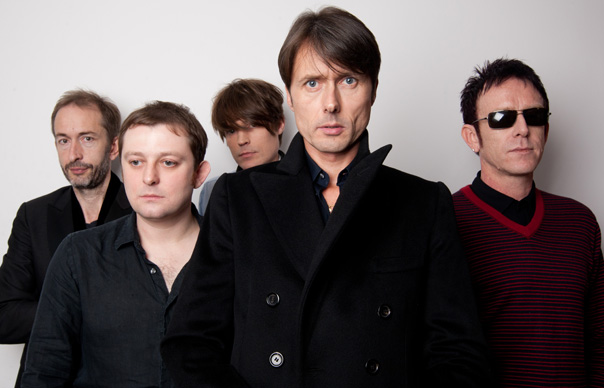 Brett Anderson has said that if the new Suede album isn’t “amazing”, then it will never see the light of day.

The band are currently in the studio working on their first new album in a decade and Anderson has said that although the writing is going well, Suede are prepared not to release anything.

He told BBC 6Music: “We’re writing a new Suede album. We don’t know how that’s going to turn out. If it’s not amazing, I don’t think we’ll release it. We’re just at the writing stage and it feels pretty good and it’s very exciting.”

Anderson then said that he had no idea when the album would be finished or when the band hoped to release it. Asked when he thought it would come out, he replied: “I wish I knew. We’re just at the writing stage, we’ve written about seven or eight songs and who knows if any of those will make it on to the final album. We might go somewhere completely different.”

Suede will release a new DVD box set of their 2010 comeback performance at the Royal Albert Hall on March 24. The box set will contain a DVD of the entire concert featuring 21 songs, a DVD of backstage footage, two audio CDs of the show and a 48-page bound book.