The Breeders’ Kim Deal: “It’s so hard to make something seem effortless” 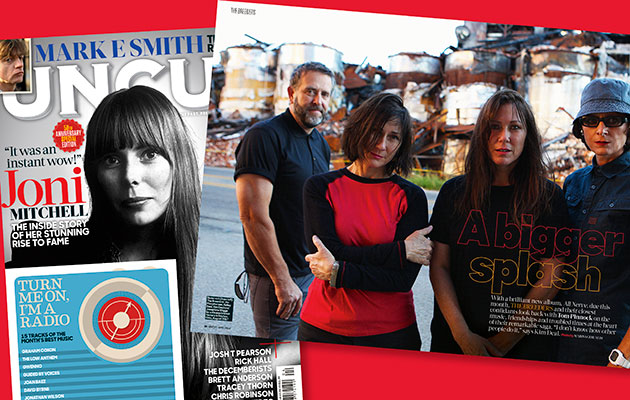 Next week (March 2) The Breeders release the excellent All Nerve, their first album since 2008 and the first in 25 years by the ‘classic’ Last Splash line-up.

Talking exclusively in the latest issue of Uncut, on sale now, bandleader Kim Deal opens up about the agonising process of making a record. “It’s so hard to make something seem effortless,” she reveals. “I don’t know how other people do it. I wish I did!”

To tell the story of how All Nerve finally came to fruition, we rewind back to the early 90s to hear about the fraught making of Last Splash and its messy aftermath. “I was just a fucking wreck,” admits Kelley Deal. “If there was not drugs or alcohol or partying to be had, I wasn’t interested in it.”

The band now lead a much calmer existence in Dayton, Ohio, watching baseball and true crime documentaries together. But the process of making an album remains tough. “I’ll sometimes wake up with an entire developed storyline playing in my head,” says Kim, “but then the minute I’m thinking a coherent thought, like frost on a window, it goes away.”

Elsewhere in the issue, we investigate the rise to fame of cover star Joni Mitchell and pay tribute to Mark E Smith, plus there are new interviews with The Breeders, Josh T Pearson, Brett Anderson, The Decemberists, Chris Robinson and many more. We also look at the legacy of Rick Hall’s FAME Studios. Our free 15-track CD features 15 tracks of this month’s best new music, featuring Graham Coxon, Gwenno, Guided By Voices, Jonathan Wilson, David Byrne, Tracey Thorn, The Low Anthem and Mélissa Laveaux