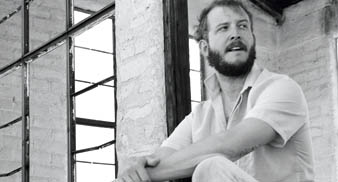 Bon Iver will release a deluxe edition of their second album ‘Bon Iver’ on November 28.

The new edition will feature 10 short films to accompany each of the 10 tracks on their album, which was released earlier this year. Called “the comprehensive vision for the record captured in moving picture”, the films and videos have been created by Dan Huiting, Isaac Gale, David Jensen, JoLynn Garnes and band leader Justin Vernon.

A year in the making, the visual accompaniments to the album are digital only and available through iTunes, however, a limited number of DVDs will be given away at independent records stores with the purchase of ‘Bon Iver’.

Watch the trailer for the deluxe edition of ‘Bon Iver’ below: