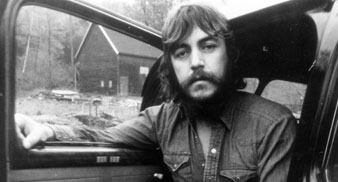 Singer/songwriter Bobby Charles has died aged 71 in his native Louisiana.

Charles penned a host of classic songs such as ‘Small Town Talk’ (with The Band‘s Rick Danko), Fats Domino‘s ‘Walking To New Orleans’ and Bill Haley And The Comets‘ ‘See You Later, Alligator’. He passed away after collapsing his home in Abbeville on Thursday (January 14).

His song ‘(I Don’t Know Why I Love You) But I Do’, which was a major hit in the ’50s for Clarence ‘Frogman’ Henry, also featured on the soundtrack to 1994 movie Forrest Gump.

Charles rarely performed, but did release albums occasionally throughout his career. He had recently completed work on ‘Timeless’, a collection of mostly new songs dedicated to Fats Domino, which he produced with his longtime friend and associate Dr. John. The album is scheduled to be released next month.

The Louisiana Music Hall of Fame inducted Charles in September 2007 for his contribution to local music.