Patch The Sky is due out on March 25 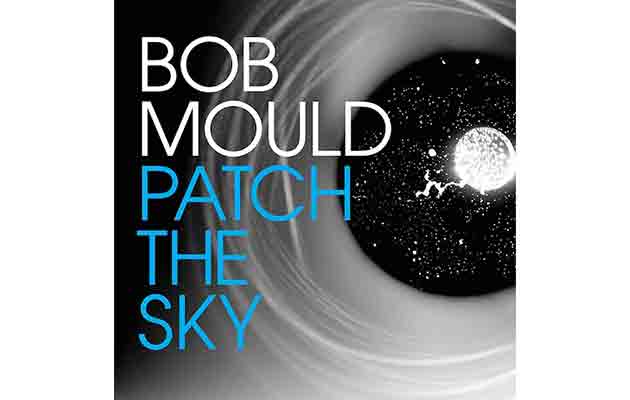 Bob Mould has announced details of a new album.

Patch The Sky is due out on March 25. According to Pitchfork, Mould is joined on the album by bassist Jason Narducy (Split Single, Verbow) and drummer Jon Wurster (Superchunk, Mountain Goats).

Recently, Mould discussed the possibility of a Hüsker Dü reunion, after the band launched a new website. He confirmed that the group was “reviving the logo and the brand” but when asked whether the band were likely to launch a comeback by Stereogum, he confirmed, “Nah, no reunion.”

“You know … Grant [Hart] and I have talked. We’re fine,” Mould told Stereogum. “Will we work together? No. I like to run my own ship and I think he likes to run his own ship, and that’s great… I got my life over here, man. I never want to take advantage of the fact that I was in that band. Nor do I ever want to get in the way of its legacy.”

Mould has written a lengthy essay about Patch The Sky on the Merge Records website:

“Here’s the deal. In 2012, people loved Silver Age (to a degree that surprised me, pleasantly), likewise Beauty & Ruin in 2014 (despite the heaviness of the subject matter, which I thought might be a bit alienating… apparently not. Another pleasant surprise.).

“But Patch The Sky is the darkest one.

“After the Letterman performance in February 2015 where ‘dust fell from the rafters’, it would have seemed logical to go the punk rock route—an entire album of two-minute songs—but that wasn’t where my soul was at.

“I withdrew from everyday life. I wrote alone for six months. I love people, but I needed my solitude. The search for my own truth kept me alive. These songs are my salvation.

“I’ve had a solid stretch of hard emotional times, and thanks for the condolences in advance. I don’t want to go into the details—more death, relationships ending, life getting shorter—because they’re already in the songs. Just listen and see if you can fit yourself into my stories. The words make you remember. The music makes you forget.

“But Patch The Sky is also the catchiest one.

“I always aim for the perfect balance of bright melodies and dark stories. I’ve used this juxtaposition for years. This time, I’ve tuned it to high contrast.

“The first side of the album is generally simple and catchy. The second side is heavier in spirit and tone. Opposing forces and properties. I love both sides of Patch The Sky.

“At the core of these songs is what I call the chemical chorus—you hear it once and your brain starts tingling. The heart rate picks up. It gets worse—you know it’s coming again and you can barely stand the anticipation. Then, the beautifully heartbreaking bridge appears, and you’re all set up—hooked for life. Music is an incredibly powerful drug. I want to be your drug dealer. I have what you need.”