There will be four special releases 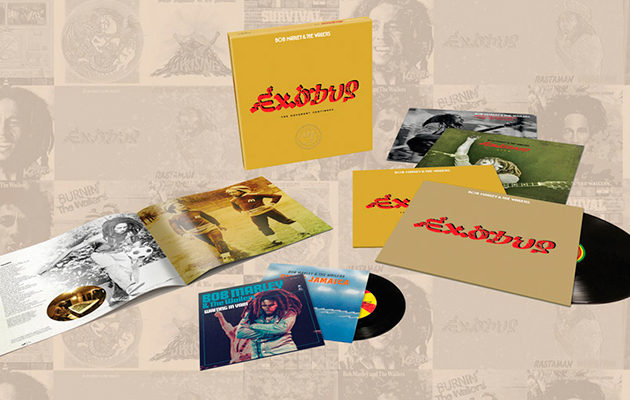 Bob Marley & The Wailers will celebrate the 40th anniversary of Exodus with four special editions.

Three of which will feature Exodus 40 – The Movement Continues, featuring Ziggy Marley’s newly curated “restatement” of the original album.

June 2 sees the release of three of the four new Exodus sets. A two-CD set includes the original album along with Ziggy Marley’s “restatement” version. A three-CD set, which will also be available digitally, features the original Exodus, The Movement Continues and Exodus Live. There will also be a limited edition gold vinyl version comprising the original 1977 album.

Meanwhile, on June 30, the Super Deluxe four-LP, two 7-inch singles edition will be released. It will include the original LP, Ziggy’s Movement version, and an Exodus Live set, which was recorded at London’s Rainbow Theatre the week of the album’s release. The fourth LP is entitled Punky Reggae Party. It packages a previously unreleased extended mix of “Keep on Moving” along with a pair of vinyl 7-inches: “Waiting in Vain” backed with “Roots” and “Smile Jamaica (Part One)” backed with “Smile Jamaica (Part Two).”

You can find more information about the editions and pre-order them by clicking here.