It's taken from the latest instalment in Bob's Bootleg Series 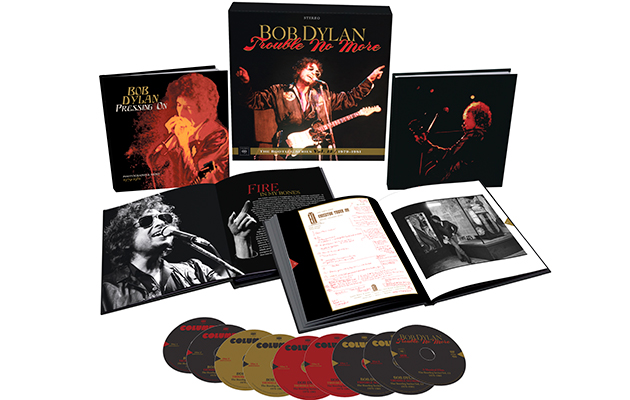 The next instalment of Bob Dylan‘s ongoing Bootleg Series hits the shelves on November 3.

As a taster for this latest, tantalising dip into Dylan’s archives, we’re delighted to bring you a world exclusive – scroll down to hear a previously unreleased version of “Solid Rock” from Dylan’s 1980 album, Saved.

The set will also be available in 2CD and four-LP configurations featuring the first two discs from the deluxe box.

The tracklisting for the deluxe edition is:

Disc 7 – Live in Earl’s Court, London – June 27, 1981
Gotta Serve Somebody
I Believe In You
Like A Rolling Stone
Man Gave Names To All The Animals
Maggie’s Farm
I Don’t Believe You
Dead Man, Dead Man
Girl From The North Country
Ballad Of A Thin Man