Some of the star's best TV performances will soon be available 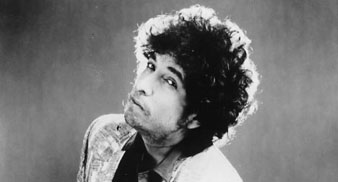 Bob Dylan is set to release a live album containing a number of classic performances from television.

“Re-Transmissions”, released on March 3 and only available in Britain, includes Dylan‘s sets from Saturday Night Live in 1979, 1985’s Farm Aid and the Grammy Awards in 1991.

The compilation, which comes with a 72-page CD-sized book, also features a historic 1990 hook-up with The Byrds on a version of ‘Mr Tambourine Man’.

The album is released on the Storming Music label – it is not known whether they have co-operated with Dylan’s record label Columbia on the release.