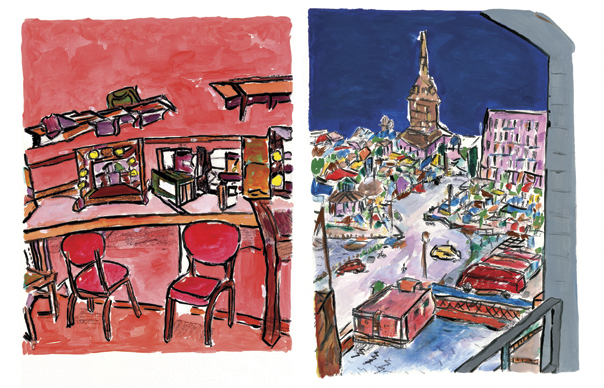 A retrospective exhibition of art work by Bob Dylan is running in London until November 14.

The exhibition, titled Bob Dylan: The Drawn Blank Series 2008 – 2014 is the first time the collection has been displayed in its entirety.

Drawn Blank, a collection of Bob Dylan’s drawings and sketches created while on a tour of America, Europe and Asia between 1989 and 1992, were first published in 1994. These drawings were re-worked into a series of paintings that were first shown at a museum exhibition in Germany in autumn 2007, and at Halcyon Gallery, London in the summer of 2008.

The Drawn Blank series complete collection will be on display at Castle Fine Art, Mayfair, 24 Bruton Street, W1J 6QQ. It is free of charge to view.

Dylan in the new Uncut! You can read all about the secret history of The Basement Tapes in this month’s Uncut – in shops now