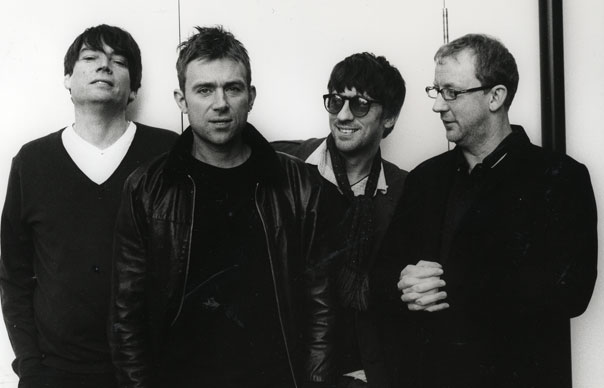 The Britpop legends picked up this year’s Outstanding Contribution To Music award before kicking off their set – the longest show-closer in the history of the awards – with ‘Girls & Boys’.

After moving on to an energetic ‘Song 2’, they were then joined by comic Phil Daniels for ‘Parklife’, played ‘Tender’ with a 32-piece gospel choir and closed their set with ‘This Is A Low’

“The last time we were here was 17 years ago and what happened on that night had a very profound effect on our lives,” frontman Damon Albarn told the crowd after collecting their gong, before going on to thank a lengthy list of people from their label and management team. “Right that’s it. Thanks very much for putting up with this.”

Earlier in the evening, Adele proved the biggest winner, scooping the British Female Solo Artist and Mastercard Album Of The Year prizes, along with making her UK live return with a performance of ‘Rolling In The Deep’. “I’m so proud to be British,” she told the crowd after being presented with the latter award by George Michael. However, her acceptance speech was cut short by James Corden in to allow Blur to kick-off their show-closing set.

Lana Del Rey later made an emotional speech after accepting the International Breakthrough Act gong. “This award means much more to me than you know, without the support of everyone in this room and everyone in the UK I’d be lost, so thank you,” she said.

Coldplay opened the show with a performance of ‘Charlie Brown’, before walking away with the British Group gong, their seventh career Brit. Their frontman Chris Martin later joined Noel Gallagher’s High Flying Birds as they performed ‘AKA… What A Life!’.

Other performers on the night included Florence And The Machine, who played ‘No Light, No Light’, Rihanna and Bruno Mars – recipient of the International Male Solo Artist award.

Meanwhile, there were also video tributes to Amy Winehouse and Whitney Houston.

British Single
One Direction – ‘What Makes You Beautiful’