Three more dates ahead of the Summer's festivals 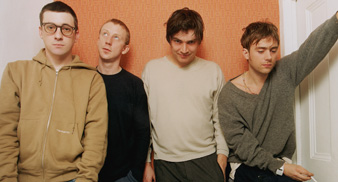 The reunited Blur will now play dates in Southend, Wolverhapmton and Newcastle ahead of their their first arena show in Manchester on June 26.

Tickets for the intimate venues will go on sale via Blur.co.uk from 9am on Wednesday April 22 and will be on general sale from Friday April 24.