They will play through two decades of hits 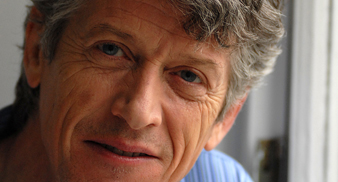 Paul Buchahan, vocalist with The Blue Nile, has confirmed a handful of UK shows, on which he will be accompanied by former bandmate Robert Bell and a new backing band.

The whereabouts of the trio’s third member Paul Moore is unclear.

Billed as singing “the songs of The Blue Nile” the shows will showcase the band’s electro pop and ambient folk catalogue as well as new solo material.

The atmospheric pop songs and velvety vocals of the Blue Nile have amassed quite a celebrity fanbase over the last 20 years, with Peter Gabriel and Rod Stewart both counting themselves in as fans.

Paul Buchanan says of his songs, they have “always been a documentary of the imagination.”


Paul Buchanan flies solo-ish at the following venues this month:

For more information about The Blue Nile – Click here