Perry brings in unusual collaborators for his 54th record 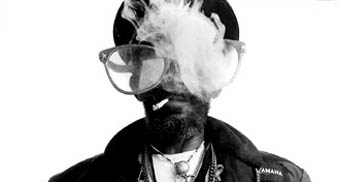 It’s the 54th studio album by Perry who produced “Complete Control” for the Clash in the ’70s.

It was co-produced by Andrew WK, who worked on the latest album from art-rock group Sightings for Thurston Moore‘s Ecstatic Peace! label in October 2007.

The record is due for release on CD and limited edition 2xLP from Narnack Records on August 19.