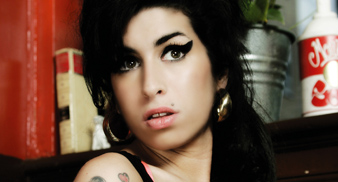 Amy Winehouse‘s former husband Blake Fielder-Civil is planning to write a book about his life with the singer, according to tabloid reports today (August 10).

Fielder-Civil, who is currently serving a two-year prison sentence in Leeds for armed robbery and firearm offences, was married to the singer between 2007 and 2009 and was the subject of much of the lyrical material for her successful second album ‘Back To Black’. He did not attend the singer’s funeral after prison officials refused to award him compassionate leave to attend the ceremony.

A source told The Sun: [quote]Blake’s been planning to write a tell-all on Amy since she became famous. When they were together he’d film her, but there are many hours of footage and photos he hasn’t released.[/quote]

Winehouse was found dead in her north London home three weeks ago (July 27). An investigation into the cause of her death is still ongoing and is not expected to be completed until the autumn.