Black Sabbath vow to carry on without drummer Bill Ward

Black Sabbath have responded to drummer Bill Ward's statement about leaving the band with their own promise to continue without him. 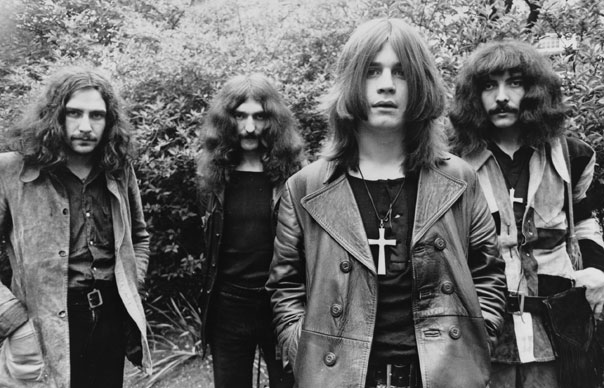 Black Sabbath have responded to drummer Bill Ward’s statement about leaving the band with their own promise to continue without him.

In an open letter, the drummer, part of the iconic band’s original line-up, said he would pull out of this summer’s planned reunion shows and recording sessions for a new album unless he was presented with a “signable contract”.

However, in a statement on their Facebook page, the remaining three members Ozzy Osbourne, Tony Iommi and Geezer Butler indicated they will carry on regardless.

They wrote: “We were saddened to hear yesterday via Facebook that Bill declined publicly to participate in our current Black Sabbath plans. We have no choice but to continue recording without him although our door is always open.”

The statement went on to say: “We are still in the UK with Tony. Writing and recording the new album and on a roll…See you at Download!!!”

Tony Iommi was recently diagnosed with lymphoma, causing the band to move their recording sessions from Los Angeles to the UK, where the guitarist is receiving treatment.

They reportedly backed out of a planned headlining slot at Coachella and their European summer tour seemed to be in jeopardy, though the above statement makes it clear they plan on performing at the Download Festival on June 10.

Black Sabbath toured without Bill Ward when the original line-up reformed in 1997, but he joined up with the group the following year. In 2004 a contract dispute almost caused him to not participate on that summer’s Ozzfest tour, but he eventually agreed and joined in.

“After the last tour I vowed to never again sign on to an unreasonable contract,” Ward wrote in his recent letter. “I want a contract that shows some respect to me and my family, a contract that will honour all that I’ve brought to Black Sabbath since its beginning.”

He also addresses the possibility that the group might replace him. “If I’m replaced, I have to face you, the beloved Sabbath fans,” he wrote. “I hope you will not hold me responsible for the failure of an original Black Sabbath line-up as promoted. Without fault finding, I want to assure everyone that my loyalty to Sabbath is intact.”