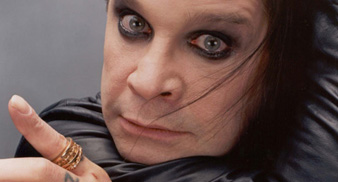 Black Sabbath are set to earn £100 million from their 2012 reunion tour, according to reports yesterday (November 13).

The heavy metal legends, who consist of Ozzy Osbourne, Tony Iommi, Geezer Butler and Bill Ward, announced that they had reunited on Friday (November 11) at a Los Angeles press conference and are set to headline next summer’s Download Festival on June 10.

According to The People, the band’s planned world tour and festival appearances will earn them in excess of £100 million, meaning each member of the band could take home up to £25 million each.

The band revealed on Friday that they have written “seven or eight” new songs for the album, which they plan to release in autumn 2012 after their Download show and before they commence the tour.

Black Sabbath‘s new album, which will be their first with original frontman Ozzy Osbourne for 33 years, will be produced by Rick Rubin. Bassist Geezer Butler has said that the band’s new songs are “back to the old Sabbath style and sound. The stuff that Tony’s [Iommi – Guitarist] been playing is absolutely brilliant”.