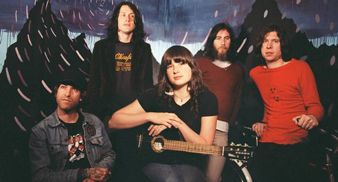 Sub Pop, the Seattle label which signed Nirvana, Soundgarden and Mudhoney in the early ‘90s, have announced the re-launch of their singles club.

Limited edition singles by Om, Notwist and Black Mountain will be released every month on special 7″ vinyl.

Subscriptions are restricted to the first 1500 people who sign up and costs $75 within North America and $90 for international members.
See the Sub Pop website for more details