Billy Bragg Teams Up With Faces Man On New Album

Robert Wyatt is a guest vocalist on 'Mr. Love & Justice' too 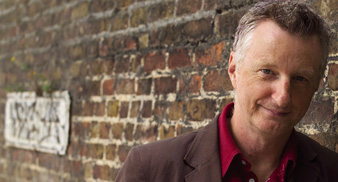 Bragg’s album, his first for six years, is due for release on March 3, 2008, and features celebrated musicians helping out the renowned singer/songwriter.

The new twelve track album features his backing band The Blokes – including Rolling Stones and The Faces keyboardist Ian McLagan on Hammond organ and piano.

Robert Wyatt also makes a guest appearance on Bragg’s follow-up to ‘England, Half English’. Wyatt contributes vocals to the track ‘I Keep Faith’.

The collaboration came about when Bragg, in search of fresh rhubarb for a crumble, was in Louth where he bumped into Wyatt who lives in the town. Bragg says: “I hadn’t seen him since Red Wedge (the 1986 Labour Party youth vote initiative). He found me some rhubarb and then came along to the recording session and sang beautiful vocals to the chorus of ‘I Keep Faith’ – it was like angels singing!”

Bragg is due to appear with Kate Nash at Islington’s Union Chapel next week (November 26) as part of the Little Noise Sessions, raising money for Mencap.

Bragg is also due to celebrate his 50th birthday at a special event at London’s Queen Elizabeth Hall on December 9.

He will be ‘in conversation’ with Jude Kelly, artistic director of the South Bank Centre, discussing the political and musical influences that have shaped his life.

The full track listing for ‘Mr. Love & Justice’ is:

I Keep Faith
I Almost Killed You
M For Me
The Beach is Free
Sing Their Souls Back Home
You Make Me Brave
Something Happened
Mr. Love & Justice
If You Ever Leave
O Freedom
The Johnny Carcinogenic Show
Farm Boy