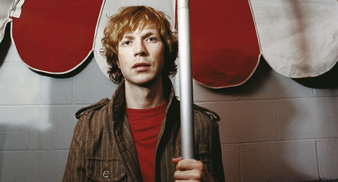 Beck has revealed details about his new album, Modern Guilt, due for release on July 7.

“It was like trying to fit two years of songwriting into two and a half months,” said Beck, talking to Stereogum. “I know I did at least 10 weeks with no days off, until four or five in the morning every night.”

Produced by the Danger Mouse half of Gnarls Barkley, it is the first new material Beck has written since The Information was released in 2006.

The first single from the album will be called ‘Chemtrails’ released on June 23.