Beatles Film To Be Released On DVD

1965's Help! comes with a disc of bonus materials 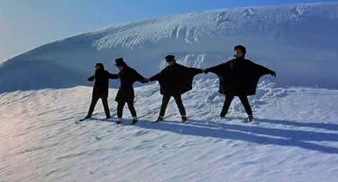 The 1965 feature film follows the Fab Four as they are chased round from London to the Austrian Alps to the Bahamas, after Ringo takes possession of a sacrificial ring.

The double-disc DVD will feature Help! digitally restored, and with a newly created 5.1 enhanced soundtrack. The second disc will include exclusive behind-the-scenes footage of The Beatles on the film set, as well as a documentary about the restoration process of the 60s film.

You can view the trailer for the restored film by clicking here.