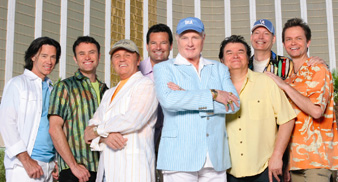 The Beach Boys have announced a eight-date UK tour to take place early next year.

The current band line-up is led by Brian Wilson‘s cousin, vocalist Mike Love, one of the original core quintet of the 60s surf pop group. Bruce Johnston is also from the band line-up which was inducted into the Rock’n’Roll Hall of Fame in 1988.

Love currently leases the right to tour under The Beach Boys name, whilst Brian Wilson and Al Jardine both now tour separately under their own names.

Tickets for the shows next April, go on sale this Friday October 19.
More information about the shows are available fromwww.thebeachboys.com.

The show dates are as follows: