The Bride arrives at EOTR 2016 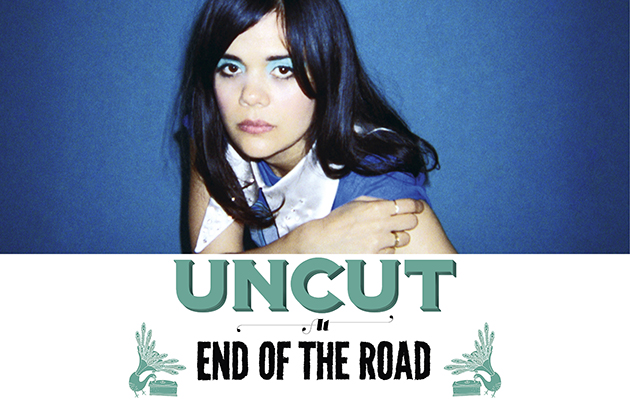 It’s a brave headline set that expects people to play along with the concept, but Bat For Lashes’ Saturday night performance is so naturally inviting that the specifics of her new album almost seem irrelevant. The Bride is a narrative about a woman jilted at the altar after her groom perishes on the road, which sounds significantly more bleak than Natasha Khan’s luxurious musical interpretation thereof.

This is Khan’s fourth record, and its two predecessors prioritised bangers over ballads, not least Two Suns’ Ivor Novello-nominated “Daniel” and The Haunted Man’s “All Your Gold”. Where those songs were notably ebullient, Khan infuses The Bride’s spectral ballads with a classic Carpenters-like sensibility, filled with tumbling melodies and soothing vocals. Her melodies are instantly magnetic and seductive, not least the languid “In God’s House”, and “Sunday Love”, where her ghostly intonation meets stuttering percussion.

“Sleep Alone” is glinting and lovely, and Khan prefaces “Travelling Woman” with a tribute to her stage predecessors Goat. The Bride bonus track “Clouds” is delicate, as is “Close Encounters”, a swooping thing that heralds the Spector-ish “What’s A Girl To Do” and the synthetic tremor of “Glass”. The pace picks up with Goonies-indebted “Daniel”, and then dips back down with “Laura”, a ballad that encapsulates Khan’s aptitude for balancing dark and light, The fullest realisation of her concept comes when a man proposes live on stage; his partner says yes.