Arctic Monkeys could be set to play at the London 2012 Olympics opening ceremony tonight. Last month, a leaked document reportedly showed that Arctic Monkeys were set to feature in tomorrow's spectacle. Other names on the list were Muse, Happy Mondays, M.I.A and Adele. 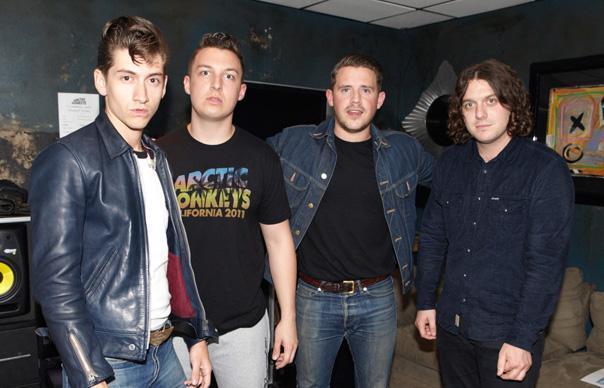 Arctic Monkeys could be set to play at the London 2012 Olympics opening ceremony tonight.

Last month, a leaked document reportedly showed that Arctic Monkeys were set to feature in tomorrow’s spectacle. Other names on the list were Muse, Happy Mondays, M.I.A and Adele.

Yesterday, Argentinean journalist Juan Martin Rinaldi tweeted the above photograph, which appears to show Arctic Monkey’s frontman Alex Turner rehearsing for the event. However, since the stadium will be almost constantly in use during the Games, Turner could just as easily have been rehearsing for the closing ceremony.

Paul McCartney previously let slip that he would be performing at the opening ceremony of the Olympic Games, which will take place tonight (July 27) in east London. The ceremony is being staged by Trainspotting and Slumdog Millionaire director, Danny Boyle.

In June, Boyle unveiled a number of elements of the £27 million spectacle, including “mosh pits” at both ends of the East London arena and, in a nod to Glastonbury Festival‘s fallow year, a model of Glastonbury Tor. One of the mosh pits will have a festival atmosphere and the other a Last Night of the Proms theme. Both will be made up of around 100 young people.

The line-up for the closing ceremony, which will celebrate 50 years of British music, is being kept a closely guarded secret.

Last week it was announced that the soundtracks to both the Opening and Closing ceremonies will be released after the events. Titled ‘Isles Of Wonder: Music For The Opening Ceremony of the London 2012 Olympic Games’, the album will be digitally released on July 28 at midnight. A physical release will follow on August 6.

‘A Symphony Of British Music: Music For The Closing Ceremony of the London 2012 Olympic Games’, an album containing music performed on the final night, will be released digitally on August 12.