The Josh Homme produced LP is out in August 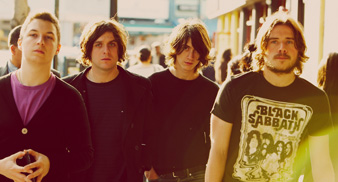 Arctic Monkeys have finally confirmed that the name of their forthcoming third album will be ‘Humbug‘.

The album, set for release on August 24 has been co-produced by Queens of the Stone Age‘s Josh Homme and James Ford and features ten tracks.

The band will headline the Reading And Leeds Festivals (Reading on August 29, Leeds on August 28) the week after its release.

As previously announced, Arctic Monkey’s ‘Humbug’ track listing will be: