Arcade Fire’s live webcast to be directed by Terry Gilliam 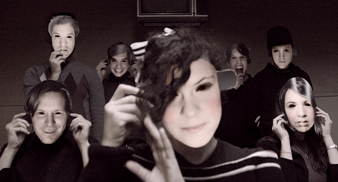 Arcade Fire have announced that the [url=http://www.nme.com/news/arcade-fire/52146]online stream of their show at New York’s Madison Square Garden[/url] will be directed by Terry Gilliam.

Meanwhile, as well as being able to watch the Canadian group preview songs from [url=http://www.nme.com/news/arcade-fire/51573]their upcoming album ‘The Suburbs'[/url], fans will be able to select multiple camera angles and even submit photos of their own “suburbs”, which may be featured onstage during the band’s performance, reports The Associated Press.