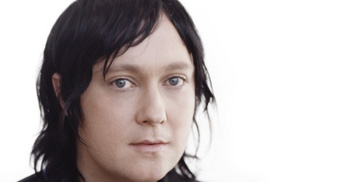 Antony And The Johnsons frontman Antony Hegarty has hinted that he may never tour again.

The singer admitted that it took him a year to recover from touring his last 2009 album ‘The Crying Light’, which left him burnt out and exhausted.

“This last year I haven’t travelled at all,” he told The Independent. “I’ve been in a quandary – I have a problem with the amount of travelling there is, so it’s a huge issue. And does that mean I’m never going to tour again? I don’t really know.”

Hegarty, who recently released his latest album ‘Swanlights’, has yet to line-up any tour dates in support of his current LP other than a show with the Orchestra Of St Luke‘s at the Alice Tully Hall Starr Theater on New York‘s Broadway on October 30.