The band to perform new album in the UK, Europe and US 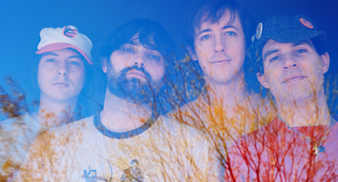 Animal Collective have announced that they will play a series of live dates, around the release of their brand new album Merriweather Post Pavillion.

The tour spans three continents, and kicks off at London’s Koko venue on the day of the album’s release, January 12.

For a preview of the album click here for Uncut’s Wild Mercury Sound album blog.

Animal Collective will play the following venues in early 2009: