Amy Winehouse Will Not Perform At Grammys

The troubled singer has visa to enter the US rejected 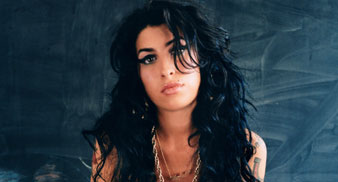 Amy Winehouse has had her visa application to enter the US rejected ahead of this weekend’s Grammy Awards ceremony.

She had been due to perform at this Sunday’s (February 10) event in Los Angeles, for which she has been nominated for six awards, including Best New Artist and Album of the Year for ‘Back To Black’.

In a statement issued by her spokesman, Winehouse is said to be doing well since going into rehab. It says: “Amy has been progressing well since entering a rehabilitation clinic two weeks ago and although disappointed with the decision has accepted the ruling and will be concentrating on her recovery.”

Kanye West, White Stripes, Bruce Springsteen and Foo Fighters are all nominated for awards this Sunday.