Amy Winehouse To Sing At T In The Park

The singer returns to Balado, a year after she cancelled her appearance 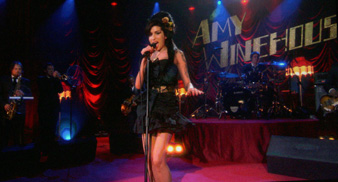 Amy Winehouse has confirmed that she is to appear at this year’s T in the Park festival after cancelling last year’s gig due to ‘exhaustion’.

A T in the Park spokeswoman has commented : “She is honouring her commitment to the festival last year when she could not play. She is a phenomenal talent and it has always been her intention to come and play at T after what happened last year.!

She added: “She felt really bad about pulling out last year. She got such a great reception at the Barrowlands, and she’s said she wishes she could play Scotland every night.”

All 80, 000 tickets to the event have already been snapped up.