Mark Eitzel and Vudi bring The Golden Age to UK 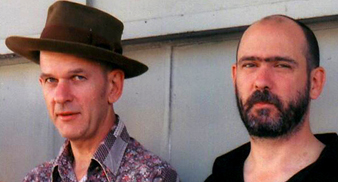 American Music Club have announced a ten-date UK tour for early next year.

The band are coming over in February to promote their ninth studio album ‘The Golden Age’, their first since 2004’s Love Songs For Patriots’.

Speaking about the new material and answering critics to his dark songs, songwriter and front man Mark Eitzel has said: “I don’t intend to make songs dark or difficult. I want to make the best f*cked up pop songs out there.”

More news details about the album are available here.