Aerosmith have revealed that Julian Lennon and Johnny Depp are set to feature on their forthcoming album Music From Another Dimension!. The album, which is the band's 15th, will be released on November 6 in the US. It was previously slated for August 28 but was pushed back because of that week's hectic release schedule. 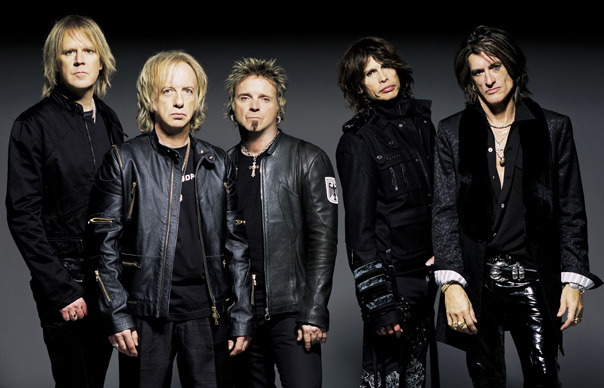 Aerosmith have revealed that Julian Lennon and Johnny Depp are set to feature on their forthcoming album Music From Another Dimension!.

The album, which is the band’s 15th, will be released on November 6 in the US. It was previously slated for August 28 but was pushed back because of that week’s hectic release schedule.

“He’s such a sweet fucking guy,” Tyler said. “And he’s John’s first son with that voice and sense of humor – gimme a break!”

Johnny Depp also features on the album – adding backing vocals to the track “Freedom Fighter”. However, guitarist Joe Perry says the song may end up on a later deluxe version of the album.

Perry added that he’s happy the band finally have new songs to play onstage: “Everyone wants to hear the same ‘Dream On’s and ‘Walk This Way’s, but that’s not what I had in mind to be in a band – to be the best cover band you can be,” he said. “We can be the best Aerosmith cover band out there, and I was getting tired of it. So I’m really glad to have this record.”

Speaking about his recent departure from American Idol, Tyler said: “I loved it and hated it. It was a great job, I sat next to J Lo and I made a ton of money. It was a moment in life and it became larger than life.”

“It was just hard work: seven-hour days and then I went and did the [Aerosmith] album for eight hours after that,” he said. “The show’s about kids and what you do to nurture their talent. They wanted me to take the piss out of the kids and I don’t have that in me. That’s not what I’m about. That’s more about that other guy. Not me.”

Music From Another Dimension! is the follow-up to 2004’s Honkin’ On Bobo and has been produced by Jack Douglas, the man behind 1975’s Toys In The Attic.