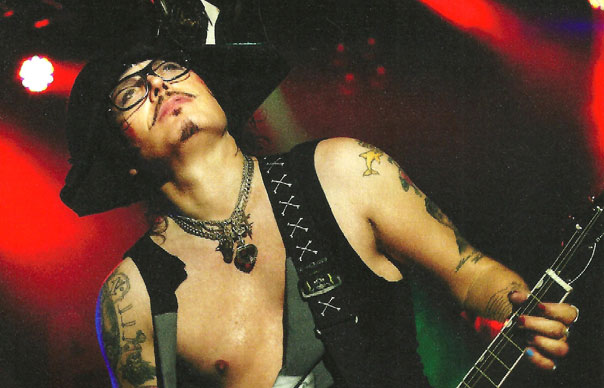 Ant’s home, which is situated in South Kensington, was stormed just before 7am by police, who then arrested a 36-year old woman and took her into custody. She is believed to be a Japanese national who has overstayed her Visa.

Ant, whose real name is Stuart Goddard, was then questioned by officers for around an hour after the arrest. He has not commented on the nature of his relationship with the woman.

According to the Daily Mirror, Ant’s lawyer Dean Dunham said of the arrest: “This lady is one of Adam’s friends. She is co-operating fully with the authorities. She had attempted to make the correct applications to extend her visa but the authorities had been dealing with the wrong address.”

A UK Border Agency spokesman said of the arrest: “A 36-year-old Japanese national was arrested for immigration offences at an address in the Knightsbridge area and is now detained, pending her removal from the UK. Our officers carry out hundreds of operations like this every year across London, and where we find people who are in the UK illegally we will seek to remove them.”

Adam Ant is set to begin a UK tour with his band The Good, The Mad And The Lovely Posse on Thursday (January 19).