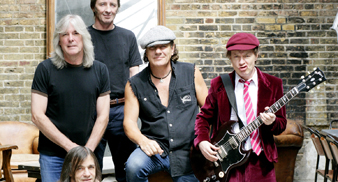 AC/DC frontman Brian Johnson has been forced to cancel his planned solo tour after being told he must undergo wrist surgery.

The singer had scheduled a 10-date US tour for February 2012 which would have seen him recounting stories from his recently released book Rockers And Rollers: A Full-Throttle Memoir as well as performing songs, but has now been told he must undergo wrist surgery in the same month, forcing the dates to be shelved, reports Blabbermouth.

AC/DC are currently on a break after their two-year Black Ice World Tour, which concluded last year, but have hinted that they will release a new album and tour in 2013 to mark their 40th anniversary. Johnson has previously said though that any tour would not be anything on the scale of the Black Ice World Tour.

He said of this: “That [Black Ice World Tour] was brutal but I’d sure hate to say that’s the end of it. I think you need a full stop at the end of everything, a sentence, your life, or your car. There has to be a full stop and I don’t think we’ve had one yet.”