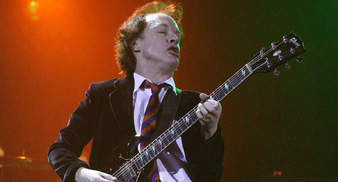 The nominations for the 2009 BRIT Awards were announced this Tuesday (January 20), with Coldplay and Duffy both being shortlisted in four categories each, including Best Album and Best Single.

Elbow are also in contention for two BRITs, one for Best Album and for Best British Group, hoping to follow up their Mercury Musoc Prize win for ‘The Seldom Seen Kid’ album.

Kings Of Leon, Girls Aloud, Take That, Coldplay, Duffy and U2 are to perform at this year’s BRIT Awards, which are to take place in London on February 18.

Presenting this year’s ceremony at Earls Court on February 18 will be pop star Kylie Minogue who will appear alongside James Corden and Matthew Horne.

Pet Shop Boys will receive the 2009 Lifetime Achievement award, whilst Florence And The Machine are named this year’sCritic’s Choice.