Slade played with band during their Grammy performance last week... 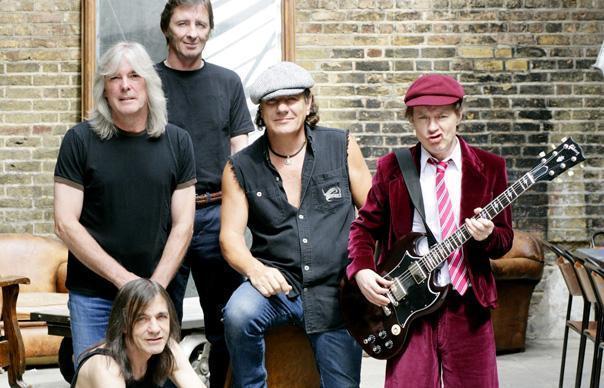 Slade played with band during their Grammy performance last week…

AC/DC have confirmed that Chris Slade will replace Phil Rudd on their 2015 tour.

“Chris Slade will be on drums for the upcoming Rock or Bust world tour,” the band announced in a statement.

Slade, who was AC/DC’s drummer between 1989 and 1994, played with the band during their performance at the Grammy Awards last week. He was standing in for estranged drummer Rudd, who is at home in New Zealand awaiting trial on charges of threatening to kill and possession of methamphetamine and cannabis.

Last month, Rudd’s AC/DC band mates Brian Johnson and Malcolm Young both addressed the problem their band is facing. While Young said that the band have yet to “resolve” whether Rudd is still a member of AC/DC, Johnson suggested Rudd would not performing on the 2015 tour.

Slade, who played on album The Razor’s Edge wrote on his Facebook page, “This is an amazing opportunity for me, after all most people don’t ever get to play with their favourite band once, let alone twice!” I would like to thank everyone for the overwhelming support I have been shown personally, on the Facebook page and other social media, not one comment has gone unread, and it has been very humbling, thanks so much.”

Slade added: “We apologise for the secrecy, please understand this was for all the right reasons.”