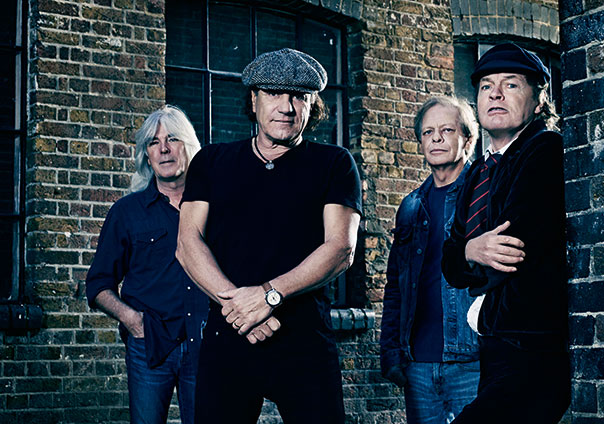 AC/DC have confirmed details of a three date UK tour next Summer.

The band, who recently released new album Rock Or Bust, will play:

The gigs represents AC/DC’s first gig in the UK since their Black Ice world tour in 2009. Tickets for the gig go on sale at 9:30am on December 17.

Earlier this year it was confirmed that guitarist Malcolm Young will no longer record or play live with the band. Rock Or Bust is the first in the group’s 41-year history not to feature the founding member.

Stevie Young – nephew of Angus and Malcolm Young – plays rhythm guitar on the album and will accompany the band on tour. The band’s drummer Phil Rudd was also recently arrested on charges of drug possession and threats to kill, although the latter charges were later dropped. His future playing live with the band remains unresolved.

AC/DC recently revealed that they would be open to the idea of headlining Glastonbury festival if asked. Speaking during a recent radio interview, the Australian band were initially sceptical about the prospect.

However, when informed of Metallica‘s headline set last year, the band appeared more keen. “If they ask… OK,” Angus Young added. “If they ask I’ll say he sent us, Shaun sent us.”