Find out what happened to Paul Weller's inspiration Jesse Hector 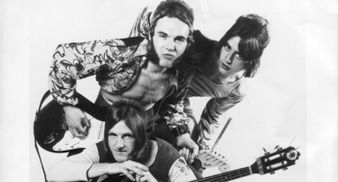 Guitarist with The Gorillas Jesse Hector, a permanent fixture in the English music press is the subject of a film documentary A Message To The World, screening tomorrow night (October 7) as part of the London Barbican’s Pop Mavericks season.

The electrifying live performances of his band The Gorillas proved an inspiration to such faces on the burgeoning Punk scene as Paul Weller, Billy Idol, Shane McGowan and Rat Scabies.

Now working as a cleaner at Hackney Empire and The Royal Horticultural Society, the documentary follows him as he journeys around London and retraces his fifty years in rock n’ roll – skiffling at the 2 I’s in Old Compton Street at the age of 12, playing guitar with Mod Freakbeat legends The Clique, fronting proto-punk bruisers Crushed Butler and The Hammersmith Gorillas – and attempts to find out, as the NME’s Roy Carr wrote in 1977, Whatever Happened To Jesse Hector?

You can watch a trailer for A Message To The World here.