Double-LP reissue of 'Either Or' also due out in May 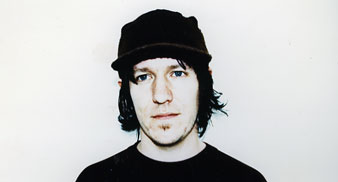 “New Moon”, a double album of previously unreleased Elliott Smith songs is to be released on May 8.

The 24 songs were recorded by Smith between 1995 and 1997, during the same period as making “Elliott Smith” and “Either/Or” for the label Kill Rock Stars.

The prolific songwriter produced five solo albums during his lifetime. There was also a posthumous collection of songs “From A Basement On A Hill” released in 2004.

Like his other work, the songs on “New Moon” are expected to reflect Smith’s ability to integrate rich, melodic music with poetic, multi-layered lyrics.

Archivist for Smith’s Estate, Larry Cane, mixed the album, ready for it’s release this May.

There will also be a doube LP version of “Either/Or” release on the same day. It has only been available on CD until now.

Proceeds from album sales will go directly to Outside In, a Portland-based social service organisation dedicated to providing diverse services for homeless youth and low-income adults.

Elliott Smith died October 21, 2003, in his home in Los Angeles. To date the coroner has been unable to determine the cause of death, and the investigation by the Los Angeles Police Department remains open.