Before During After – The Story Of 10cc is due in July 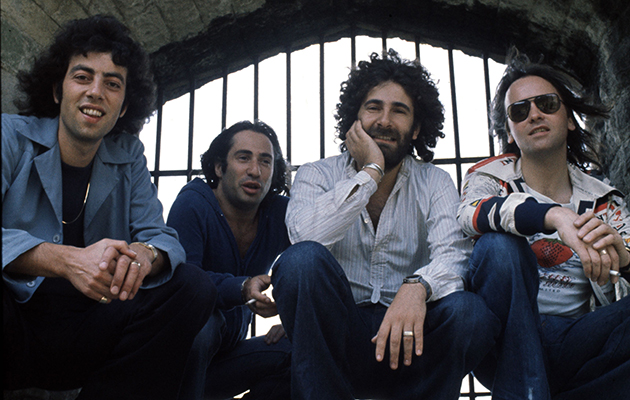 10cc have announced details of a new 4-disc box set.

As the title suggests, Before During After – The Story Of 10cc covers the careers of Eric Stewart, Lol Crème, Kevin Godley and Graham Gouldman, together and apart.

After // The Post 10cc Years is a collection of tracks that came following the band’s split, hand-picked by members of the band. It includes music from Godley and Creme, Graham Gouldman’s Wax, Paul McCartney (with whom Eric Stewart co-wrote) and from Lol Creme’s period in The Art Of Noise.

Before // The Strawberry Hit Factory is a tribute to the band’s early studio productions while Before // The Early Years compiles more pre-recordings showcasing the early work of each individual band member.

The cover of Before During After – The Story Of 10cc includes a new design by Kevin Godley, and contains 40-page hardback book containing new interviews with all four 10cc members.