What Happened When Phil Spector Met The Ramones

He tries the Wall of Sound on punk. It's his last for 25 years 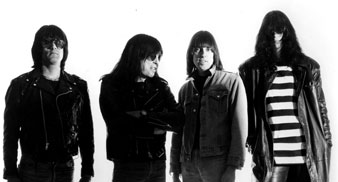 With the conviction yesterday of legendary 60s music producer Phil Spector. Uncut here presents extracts from our Phil Spector special, which featured in Uncut in September 2008, just as the trial for the murder of cult-actress Lana Clarkson got underway in LA.

Here, find out what happened when Spector worked with The Ramones:

Spector tries the wall of sound on punk. It is the last album he produces for 25 years.

MARKY RAMONE (Drums): We got the offer to do the movie Rock ‘n’ Roll High School, and Phil turned up after filming one night just to say hello. We were always big fans of Phil’s music, The Ronettes, The Crystals, all that cool New York stuff.

We had heard the stories – but we decided to do it. I walked in with a Ronettes T shirt on. He said “Why are you wearing a T shirt with my wife’s face on your chest? Please take it off.” I kept it on, and he realized I wasn’t going to take any shit…that’s how we became friends.

He had this aura about him. We would go out to these places, the Whiskey, the Roxy, and when we walked into the club, everyone…parted. They just parted because they knew from past experience what this guy was capable of stirring up: it was like The Ten Commandments when they parted the Red Sea. That was pretty cool.

It took months to make that album. Usually, we worked very quick on an album, and the results were very good. Johnny and Dee Dee didn’t like working with him, because he worked too slow. We were very hyper people, and so was Phil, but he always worked very slow in the studio.

After the sessions were over, we’d go back to listen to the playback in his mansion. Phil was pounding on the piano to the songs, I was jumping off the couches, it was a riot. Grandpa Munster would hang out. You know that show? Grandpa Munster was there with a ten gallon cowboy hat on, running round like a lunatic. That’s how it was til 3 or 4 in the morning.

Phil was attacked as a teenager in High School, very badly. So I guess when he got older he was like “Fuck this, I’m not going to let this happen again…” So he hired a bodyguard, and he got a license to carry. But he never pointed a gun. Obviously, if he shot one of us, he wouldn’t have been able to continue the production.