From Russia, with horror, comes the horror film that has revolutionized post-Soviet cinema. 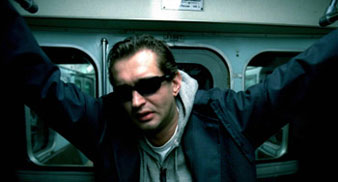 From Russia, with horror, comes the stylish horror fantasy film that has revolutionized post-Soviet cinema. Night Watch (Nochnoi Dozor) unleashes the cutting-edge vision of director/writer Timur Bekmambetov and is the first instalment of a trilogy based on the best-selling Russian sci-fi novels of Sergei Lukyanenko.

Night Watch (Nochnoi Dozor) was an instant smash hit in its native Russia when it was released in July 2004 shattering all previous box office records. Set in contemporary Moscow, the film uncovers the other-world battle that upholds a 1000-year-old truce between the forces of Light and Darkness: an undercover Night Watch polices the world’s Dark Ones (vampires, witches, shape-shifters, sorcerers) whilst the Dark Ones police the forces of light during Day Watch. The fate of humanity rests in this delicate balance between good and evil but now that fate is now in jeopardy…

Watch the Night Watch trailer now, via the links below: